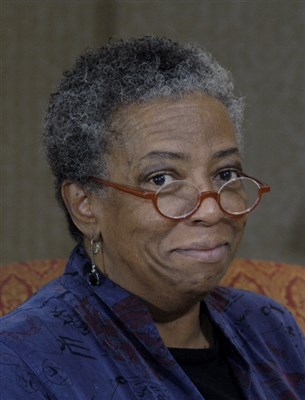 A memorial service for Lois McCullough Dauway will be held in New York City at the United Methodist Church of the Village, 201 West 13th Street on Sunday, March 2, at 3:00 p.m.

Dauway, 65, who retired in 2011 after decades of service in The United Methodist Church and the ecumenical community, died at her residence in Livingston, New Jersey on February 4, 2014.

A community organizer, mission executive, ecumenist, and mentor, Dauway was born in Boston and raised in Newburyport, Mass., where she was an officer in the Newburyport High School Class of 1966 and a National Merit Scholar.  She earned a B.S. in psychology from Manhattanville College in Purchase, New York and did post-graduate studies at the University of Massachusetts, Amherst.

As a member of the Black Community Developers program, while assigned to Union United Methodist Church Dauway was instrumental in supporting the desegregation of the Boston Public Schools system in the 1970s and helped escort African American students as they were bused into South Boston.

That early leadership around issues of justice would inform Dauway’s life’s work as a champion for social justice who gained distinction for her landmark work on racial inclusiveness and gender equality.

Her involvement in social justice was never just a job.  It was a lifelong witness to social responsibility.  From her positions of leadership in the United Methodist Church and the ecumenical community, Dauway always was a guiding presence in the lives of young people finding their way.  Many of them would go on to become leaders in the church.

She recruited missionaries for the United Methodist denomination’s mission work after joining the staff of the General Board of Global Ministries (GBGM) in the Office of Mission Personnel. She also served as a mentor, always encouraging mission interns to become stronger Christians with increased consciousness about issues of global peace and justice.

In 1984 Dauway became ombudsperson and executive in charge of Justice and Liberation Ministries for the National Council of Churches of Christ USA. There she demonstrated a strong commitment to racial and gender inclusiveness in the church and a particular interest in international affairs.

She became associate general secretary in the Women's Division of the General Board of Global Ministries (GBGM), then the administrative and policymaking body of United Methodist Women, in 1988. She headed the unit's social action section and served as an interim chief executive officer of the organization , from 1994 to 2007. Her leadership spanned the breadth of UMW initiatives, including leadership around UMW’s Immigration/Civil Rights Initiative. She also served as a monitor during the Philippines presidential balloting that resulted in the election of Corazon Aquino, and as a human rights violations monitor during the regime of former Haitian President Jean-Claude Duvalier. In 1999 she was selected to lead the process of unifying five program units of GBGM into a single mission operation as deputy general secretary.

Retirement in 2011 did not mark an end to Dauway’s responsibilities and activity. She was a regular participant in General Conference, providing highly valued counsel in deliberations around shaping church polity.

For five years she served as moderator of the Programme Committee of the World Council of Churches, where WCC leaders have called her focus on issues of justice “an inspiration to the council.”  She also represented the United Methodist Church as a delegate to the WCC Assembly and WCC Central Committee for more than fifteen years.

Dauway also served as a Trustee of The Interchurch Center (TIC).  As chairperson of the TIC Committee on Ecumenical, Interfaith and Community Affairs, she helped coordinate the art exhibits, concerts, and a variety of other activities that influenced the culture and community serving in America’s most prestigious ecumenical institution.

In 2009, Dauway was honored with the General Assembly of the National Council of Churches and Church World Service “J. Irwin Miller award”, the Assembly’s highest honor for a lay leader in the church, for her “life-long commitment to racial and gender inclusiveness in church and larger society.”  Two years later she was cited by the National Council of Churches “Circles of Names” campaign, which honors women who have been special mentors for current church leaders.

Generous tributes honoring Dauway’s lifetime of service have poured in from all around the world. They paint a picture of “an extraordinary ecumenist” and as one who unflinchingly spoke “truth to power.”

Our enduring image of her, though, is considerably more accessible: The raised eyebrows and the gaze over the rims of her glasses--a gaze that could be wry, amused, questioning, encouraging or even intimidating, depending on the situation.  But the one thing about the glance---indeed about Dauway—about which there is no question is the ever present challenge it contained for the gazed upon: to ask the hard questions, to understand the difficult issues, and to commit to the ongoing work of living out the Gospel imperative to care for the least among us.

Dauway was a member of the Church of the Village United Methodist Church in New York City.