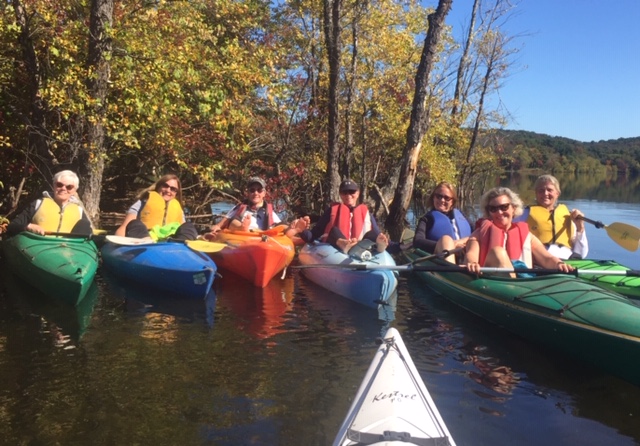 “The camps, in general, we've always had a special connection to the land. We are the stewards of [these locations] and have always been doing stuff to educate kids and educate guests on what we do to maintain them.” — John Michael Spelman, executive director, Aldersgate Camp and Retreat Center.

In recent years, the Conference’s four Camp and Retreat Centers have each taken steps to reduce their carbon footprint and increase energy efficiency, as well as to move toward renewable energy sources and reduce waste.

At Camp Mechuwana in Winthrop, ME, that’s led to some significant changes that were made with a conscious commitment to protect the environment, said Director Norman Thombs.

“Back in 2005, when we were really starting to expand our Retreat Ministries and retreat buildings, we decided that part of our ministry, starting with what was new construction, would be as green as possible: More than carbon neutral, but carbon-negative or close to carbon-negative as it could be,” Thombs said.

“We’re now past that point now,” he said, “and there are actually times during the year, probably about three months, when our monthly [electric] bill is either ridiculously small, like $2 or $3, or we actually get a credit.”

Both Mechuwana and Wanakee have updated walk-in refrigerators and freezers on their sites.

Wanakee Director James Tresner said, “We've not only reduced our electricity costs, but also increased reliability while reducing our consumption” at the Meredith, NH, site.

Saving energy can be as simple as changing a lightbulb. All the sites have changed over at least some of their lighting to LED lighting.

Changing over the 48" fluorescent light fixtures at Wanakee, Tresner said, has not only reduced energy consumption by 63 percent, the new LED bulbs also reduce waste and cut costs since they last four to 10 times longer than fluorescents.

“All those things do cost a little more, I’m not sugarcoating that, so the initial the initial cost is
higher, but it doesn't take a long time to pay for itself,” he said.

State energy offices and programs such as Efficiency, Maine and Mass Save can help individuals and churches by offering energy audits and assistance with paying for upgrades.

While these technologies are new, other steps, like composting, are age-old practices that have long histories at the sites.

At Rolling Ridge Retreat and Conference Center in North Andover, MA, composting will become part of the programming. In 2022, they hope to start composting classes and workshops for the community.

A new Regenerative Garden will be used to “help people understand not only how to compost, but also the spirituality of composting, and to recognize that composting is a spiritual practice as well as an eco-spiritual opportunity that we have to live more sustainably with the Earth,” said Executive Director Larry Jay.

This new program harkens back to Rolling Ridge’s past. Rev. Jim Todd served as program director and facilities manager at the Ridge beginning in 1976, and “composting was his thing,” Jay said.

“When they used to do children's camping here, back in the day, Jim would always do a session with the kids by the composting bin. I don't know where it was on a property, but Jim would have his ‘composting sermon’ and talk about composting as a spiritual practice,” Jay said. “It's just wonderful how things come full cycle.”

Rolling Ridge is also working with Tinkergarten, an environmental education program for young children, and hopes to bring back its own Eco-Adventure program, which Jay describes as “kind of a VBS with an environmental component,” in 2022.

Most of Rolling Ridge’s programming is for adults, and Jay said they hope to expand their lake ministries, such as Pray and Paddle, as well as continue the monthly Worship in the Woods, which connects people with creation through contemplation outdoors.

“There's something within my own spirit and studies and my own passions that wants Rolling Ridge to encourage and inspire people to live in an eco-friendly, eco-aware way in this world and to bring an ecological mindset into their spirituality,” said Jay.
Aldersgate Camp and Retreat Center in North Scituate, RI, also has a long tradition of programming focused on the environment, said John Michael Spelman, executive director.

“We do different activities to help kids understand ecosystems and animal adaptations,” he said. Among the more popular are swamp walks and pond studies.

“A common activity for many of our campers, even going back to the seventies and eighties, was to do swamp walks,” Spelman said. You go for a hike in the woods and that’s great, but
how many times do you actually get to walk through a swamp?”

The pond studies help campers understand what lives in the lake on a micro-level, he said. “They'll pick out some of the detritus and the leaves and the soil at the water's edge, and pick through it and they'll find insects, they'll find tadpoles. They'll find all kinds of stuff, which is really fun for them.”

Even the one of the camp’s popular games began as an environmental education activity. Camouflage was created to teach kids how animals use nature to hide themselves. Campers will go out into a public area of camp and camouflage themselves, then they try to get closer and closer to the seeker without being spotted.

But it’s not all playing around. Aldersgate’s swamp areas are home to a couple of endangered species of duck, and the camp works with the Department of Environmental Management to make sure the habitat is continuing to support these species.

The newest initiative at Aldersgate is creating a forest management plan for the camp’s 280 acres of property. They are working with a certified forester and got a grant from Northern Rhode Island Conservation District.

“We don't know what that will look like or what his recommendations will be, that's the process we're undergoing this winter,” Spelman said, but they hope to get the answers to a couple of key questions:

How can we profit from the land instead of having it just sit there?
How can we make maintain it in a way that's proactive?

Not all the measures that make a difference are as complex as that. The sites have also sought to reduce or eliminate single-use items such as plastic utensils or cups.

Mechuwana’s recent Harvest Supper used compostable disposables, and when they do wash items, they use high temperatures, rather than a bleach agent to sterilize them, “which is what most restaurants and probably most camps do because it's cheaper,” Thombs said.

“So small things like that, too, which are not a small thing, but which, I think, go unnoticed,” he said. “It's not real glamorous, but those are the little things that do add up.”

And whether people ever notice how their forks get washed or what kind of bulb is in the socket, the efforts are worth it Thombs says.

“Young people in general, and not just young people but a lot of people, are very excited [about the steps we’re taking],” Thombs said. “We put the solar panels on, and on a sunny day you can go inside and look at how much power is being generated … I think people, generally, are excited about all that. And young people, especially, it's very important to them.” 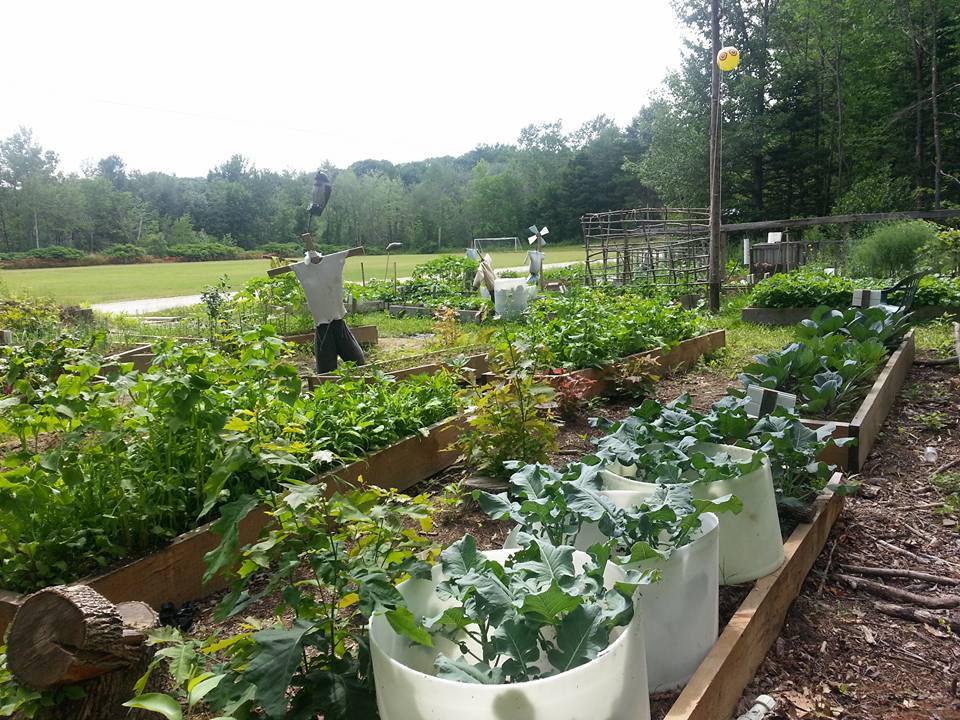 The garden at Camp Mechuwana
Current News Releases and Articles