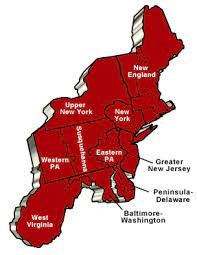 Episcopal candidate nominations sought
3/21/2022
After last year’s General Conference delay, the bishops had scheduled the five U.S. jurisdictional conferences for Nov. 2-4 this year. While it’s unclear how the postponement of the General Conference until 2024 impacts the jurisdictional conference dates and bishop elections, in spirt of preparedness, the Annual Conference would like to start the discernment process of identifying potential episcopal nominees. See information from NEJ Committee on Episcopy on this topic.

The Annual Conference is starting the discernment process of identifying potential episcopal nominees. The members of the General and Jurisdictional Conference delegations will lead the endorsement process for the New England Conference.

To begin that process, the delegates are seeking to identify potential episcopal nominees through the input of New England clergy and laity. Nominations may come from individuals within the conference, groups of individuals, or organizations and caucuses. A person may also recommend him or herself as a candidate.

Any Elder who meets the requirements of the Discipline is eligible to be a candidate for the episcopacy. Read what The Book of Discipline of The United Methodist Church has to say about the role of bishops here.

Candidates may be endorsed by annual conferences and other groups within the jurisdiction or the denomination. After all nominations are received, the delegations, through a discernment process, will recommend candidate/s to Annual Conference members. It will be up to members of the 2022 New England Annual Conference to endorse episcopal candidate/s.

New bishops will be elected at the Northeastern Jurisdictional Conference (NEJ) when it meets next. The NEJ currently comprises nine episcopal areas (10 annual conferences) located along the East Coast from Maine to West Virginia.

Those who wish to lift up an Elder/s for consideration are asked to submit the name/s to the delegations by completing the online submission form. If you have questions about the form, email communicate@neumc.org.

Questions about the nomination process can be directed to Annual Conference Secretary Preeti Pabreja at secretary@neumc.org
The deadline for nominations is April 15, 2022.
Events