Go Green, Save Money, Save the Earth: Gas stoves 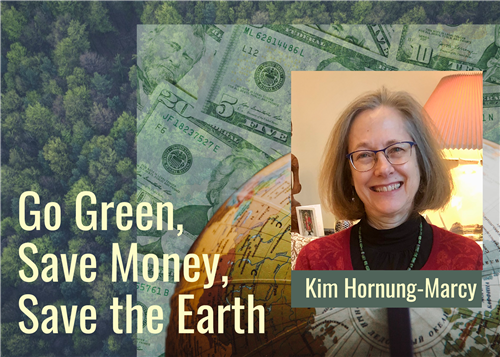 Science Daily reported in January that gas cooking stoves are leaking more methane and other pollutants at much higher levels than previously thought. Natural gas is 90% methane. Methane's global warming potential is about 86 times as great over a 20-year period and at least 25 times as great a century after its release as CO2.

Emissions from gas stoves are bad for human health as well as contributing to climate change. Cooking appliances directly expose people to their emissions, which in addition to methane and CO2 can include formaldehyde, carbon monoxide and nitric oxides that can trigger asthma, coughing, wheezing, and difficulty breathing, occasionally resulting in hospitalization.

Most people forget to use their vent while cooking. The worst indoor pollution was generated while cooking, without using a vent to the outside, but the study found that stoves are leaking unburned methane all the time even when not in use.

Changing to an electric or induction stove is the way to go to save on health care costs, and to be better stewards of the earth. If you want to know more, find the Daily Science news article

From scientists at Stanford University: Over a third of U.S. homes have gas stoves, and that’s a bigger problem than we realized, according to a new Stanford-led study. Lead author Eric Lebel, PhD ’20, and his team measured the methane and nitrogen oxide released from stoves in 53 homes across 18 brands and found that methane isn’t in the air only while you’re cooking — it’s persistently leaking out also when the stove is off, affecting indoor air quality.

What’s more, using a 20-year timeframe, the annual methane emissions from stoves from those 40 million U.S. homes is comparable to the annual carbon dioxide emissions from about 500,000 gasoline-powered cars. For a hunk of metal designed to cook stuff, this is not hot.

“I don’t want to breathe any extra nitrogen oxides, carbon monoxide or formaldehyde,” said Rob Jackson, professor of earth science and a senior author of the study. He advocates switching to electric stoves. “Why not reduce the risk entirely?”
Our Blogs