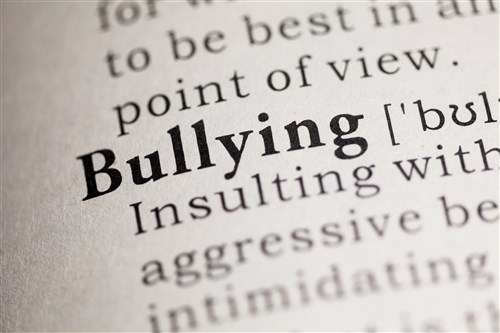 It was a Monday afternoon around one o’clock when I was walking around camp when I noticed Moriah, a counselor, sitting with a camper at one of the picnic tables in the middle of our cabin area. Other campers were taking part in arts and crafts and boating. Moriah motioned for me to come over. As I sat down at the table, Moriah introduced me to Stacy, a camper in her cabin.

Moriah explained to me that Stacy felt that she needed to go home. Stacy kept her eyes fixed downward, looking at her feet below the table.

I asked Stacy if she could tell me why she felt like she needed to go home. She told there was another camper in her camp that she did not expect to see at camp. She went on to explain that at her middle school there had been an incident of bullying. I asked her if she had been bullied by this person. She shook her head no. After a long silence, she picked her head up and through her tears told me that she had been the one that had been involved in bullying the other camper.

I asked her if she would be willing to tell me the entire story. At first, she was not sure if she could, but finally she agreed. She told me it started in a gym class. Stacy and her friends were playing a game of ultimate Frisbee when they notice one of the most popular boys talking to a new girl whose name was Morgan. Morgan had just moved into their town. Soon some of the other boys were talking to her. One of Stacy’s friends got really mad because she liked the boy who was talking to Morgan. One thing led to another.

“Three of us decided we were going to get this new girl for flirting with ‘our boys,’” she explained.

They started ignoring her and telling others to ignore her. One of her friends dumped perfume in her locker.  Stacy described how she and her friends tried and succeeded in making their new classmate’s life has hard as they could.

“I knew it was wrong,” Stacy explained to me, “but I felt trapped, I felt I had to do what my other friends were doing or they would be mad at me.”

Then one day Stacy and her two friends were called to the office. They were escorted into the principal’s office where their parents were witting with the principal.

Morgan’s parents had come into school and told the administration what they had been doing. The girls all admitted to doing the things they were accused of.

Stacy explained how they were suspended for three days and had to write an apology letter to Morgan. They were also ordered not to talk with her or even go near her.

“Now she is in a cabin 30 feet from me,” Stacy said. “I need to go home. There is no reason for me to ruin her time at camp, I have hurt her enough. She doesn’t need to be reminded by me being here how terrible we were.”

I thanked Stacy for telling me her story, and I asked her if it was OK if I called her parents.

“Can you ask them to come get me?” she asked.

“I will talk about all options,” I told her.

I left Stacy and Moriah and quickly made two phone calls. One to Stacy’s parents and one to Morgan’s.

When I talked to Stacy’s mom, she explained how racked with guilt Stacy had been since this had all happened. Her grades had gone down, she stopped hanging out with friends, she had even quit her soccer team, much to the dismay of her parents. Her mom was very worried about the deepening depression she seemed to be going into.

“I had no idea Morgan was signed up for the same program. I assume you need me to come get her?” she asked.

The question stunned me at first. I explained that my call was to ask her if Morgan’s parents would agree to it,  I wanted to see if the two girls could talk to each other. Stacy’s mom was very emotional and agreed, hoping that could happen.

My phone call to Morgan’s parents did not start off in a positive direction as both her parents were afraid that their daughter should not have to deal with this at camp, which was one of her favorite places. They assured me that if they knew Stacy was going to be there, they wouldn’t have sent her to that particular program. But when I explained that Stacy wanted to go home because she did not want Morgan to be reminded of how mean she was to her, and in fact was asking to go home so Morgan would not be reminded of her,  they changed their minds. I also explained that I thought Stacy’s feelings of regret was very sincere. I assured them that we would only do what Morgan was comfortable with.

Our next conversation was with Morgan, who retold us the story that Stacy had told us earlier, with one exception. Morgan’s life was heading in a much more positive direction. After the bullying stopped, school went much better, and as school ended, she was feeling good about her new school and new friends, and camp was a blast. When I asked her if she would be willing to talk with Stacy – there was a long pause.

“You can tell her not to worry. I will not tell anyone at camp what she did,” Morgan explained.

“She wants to go home because she thinks she is going to ruin your time at Mechuwana,” I told her.

Morgan looked at me for a long time.

“I don’t want anyone to leave camp. I will talk with her if you think she really wants to talk to me.”

When Stacy found out that Morgan would be willing to talk with her, she broke down and cried. She agreed to talk but only after she made me promise that she would go home if Morgan told her during their conversation that she did not want her at camp.

Arrangements were made that while the rest of their campmates were at boating after dinner, the two girls would sit on the lodge porch and talk.

“Do you need Moriah or me to be here?” I asked them.

They both shook their heads no.

“We will be right inside if you need us.”

“I am not going home. Morgan wants me to stay,” said Stacy through tears.

I watched them walk together back to their cabins, and when it was time to separate to head to their own cabins, they embraced for a long time.

I am blessed to witness stories such as this one over and over again, and I am also blessed because our relationship with Morgan and Stacy did not end that week. In fact, fours years later, I got a huge hug from both of them as they participated in their last Music Theater Camp together as cabinmates.

Norm Thombs is executive director of Camp Mechuwana in Winthrop, ME.
Our Blogs